skip to main | skip to sidebar


On a typical Saturday morning, I'd be in my pajamas until noon, sipping coffee, writing, tapping on the keyboard or puttering around our tiny abode.  Yesterday was an exception.  On one of the coldest, breeziest autumn mornings in the Ottawa Valley, I took two buses downtown to attend an event at City Hall.  Did I mention this was on a Saturday morning? What in the world would make me sacrifice my cherished "me" time to venture out in this weather and subject myself to the eclectic crowds of weekend public transit?

Yesterday was 2011 Friends for Peace Day, at Jean Pigott Place. The 9th annual Celebrate Friends for Peace Day is on the first Saturday of October. Friends for Peace is a nonprofit organization and works for peace, planetary care and social justice. One of the organizers is a member of my writing group.  He's also a wonderful man, surrounded and supported by wonderful, committed people.

I was hoping to meet a friend there as well.  Due to our loosely made plans and my forgetfulness to confirm, she was waiting at home for my call.  I have since apologized with intentions that we get together for lunch this coming week.  In a way though, it's a good thing I forgot.  If I were to apply the belief in fate or divine intervention, I could offer that something made me forget... for a reason.

Don't run away!  Please continue reading about my solitary journey. You may find it interesting.  That's right, take your hand off the mouse or touch pad thingie and just scroll down.  Go with the flow...

The morning attendance was a little sparse.  Not many audience members were willing to take part in the dancing and vocalizing activities that encouraged participation on the stage.  To less open-minded folk, it may have seemed a little "airy fairy" and would require some "herbal inhalation" prior to engagement ;o^

With catlike elusiveness, I retreated to the back of the room where I chatted with acquaintances, toured around the silent auction tables and wrote down my bids on various items.  Aside from books and practical items, an adorable ceramic frog candle holder tickled my fancy.  He was the cutest frog prince I had seen in a long time.  Jaded, with a touch of bitterness and a sprinkle of dark humour, I figured he would be a crowning consolation for the number of toads I've had to kiss in my life time.  I chortled as I out-bidded a gentleman in line ahead of me.

The afternoon activities were well-attended, especially the Orkidstra performances and the awards ceremony with special guest, Mayor Jim Watson.  Ode to Joy, Lean on Me and other songs lifted our spirits and sealed the bond of peace and connectedness.  Peace and love were in the air :o)

During a lull, I toured around the exhibitors and made another round of the silent auction tables.  What's this?  That guy was outbidding me on the frog candle holder!  A strange, competitive force came over me.  I was determined to win that frog so I upped the offer once again before I turned to explore the exhibitor booths.

Carol's Jewelry Box booth appealed to my love for The Tree of Life, as relates to the Egyptian print still in storage since our move in May and... to the beloved cherry tree in my novel.  Carol's table was adorned with gem stone pendants in different colours and sizes.  I decided that a Tree of Life pendant would make a lovely souvenir - something to wear as a talisman while I write poetry, purple prose and inspirational blog posts ;o)  I'm wearing it now.

While I was strolling around and smiling at folks, one of the exhibitors from the east coast engaged me in conversation about his involvement in Aboriginal initiatives.  He mentioned several services he provided and responded politely when I questioned if some of them were perhaps in the category of "new age" medicine.  We shared an interest in ancient wisdom by indigenous peoples around the world.  I expressed my interest in aboriginal mythology - especially the trickster rabbit (and took advantage of the opportunity to mention the novel as I handed him one of my business cards).  In response to the "Fate, Family and Foregiveness" description, he stated "Things happen for a reason" and suggested that I try his Australian Wildlife Wisdom cards.

"What? Are they like Tarot cards?" I asked, resisting the usual rolling of the eyes.

"No," he replied as he dug into his bag of tricks and pulled out a small flat box covered with what I could describe as a psychedelic pattern.  Inside was a deck of cards, each with an animal character on one side.  The box also contained a book with descriptions of each animal and what they could represent to the card holder.  He suggested that I find a quiet place to sit, shuffle the cards then pull one out and read about it.

What's the harm?  I was tired from walking around and being surrounded by the noisy crowd.  Even for a peace festival, I was feeling a little overwhelmed.  I found a bench in the relatively quiet foyer of a side entrance.  I shuffled the deck.  I shuffled and shuffled then pulled out a card.

It was the Rabbit.

I laughed nervously then braced my cynicism as I opened the little guide book.  Without giving away details of my current life journey, one of the key things I took away from the description was the risk of having too many ideas or offspring (i.e. initiatives and creations).  I knew this.  I have felt this for months.  My pretty blonde head gets full of ideas and I've been juggling creative initiatives for a while.  I had wondered if or when one of the balls would have to drop or become placed in a back pocket for a while.

As my new-found guide was preparing to serve a client, I returned the box and thanked him for the opportunity.  He shared a smile as I revealed that I had pulled the rabbit card.  In the midst of the noisy crowd, what I could discern from his advice was to take away the positive message from the card.

I mulled that over as I departed on a quest for groceries.  After two bus rides in search of a particular store, I got off at the wrong stop.  I noticed a book shop.  Oooh.  What's the harm in taking shelter from the wind in here for a while?  Besides, I wanted to find a book on Jungian Archetypes so I could do some independent research.  As I browsed the crowded shelves, I felt at home.  CBC Radio 2 was playing in the background.  As I dug through the merged psychology and self help section, I pulled out a book with white and black covers titled "Second Time Around".  Author Anne Lovell provides advice to people on overcoming anxieties of failed relationships and how to build a strong, lasting and rewarding relationship for the future.  Ha! I scoffed bitterly.

As I turned the book over, I half listened to the radio interview.  The interviewee said, "oh yeah... I also had a rabbit"  Hello?  What?  From what I could harvest from the conversation was that he had been or was a magician.

Coincidence?  Perhaps.  I bought the book anyway :o\ and proceeded on my way to procure provisions for my family then return home.

Yesterday provided me with quite the little adventure blessed with encounters and opportunities.  After I ate dinner, I settled in to check email and perform some volunteer tasks.  One of the messages was from the silent auction organizers, informing me that my bid had won the coveted frog prince. I laughed out loud, nearly spraying Chai Tea on the Mac.

Now... was that a lovely coincidence or the result of self-directed destiny?
~ ~ ~

Thank you for reading this far.  If you like my writing style, you may enjoy reading The Year of the Rabbit, a novel about fate, family and forgiveness.  Sample some excerpts and enjoy feedback from people who read the earlier print version.  I'm pushing the Ebook version with a special discount until October 31, 2011.  No trees were harmed ;o)

Author as a child with favourite teddy 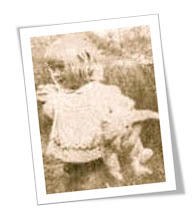 Could not put it down! 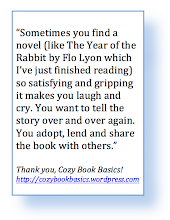